Update:  I am so UNhappy to find out this is not true.   Ugh. 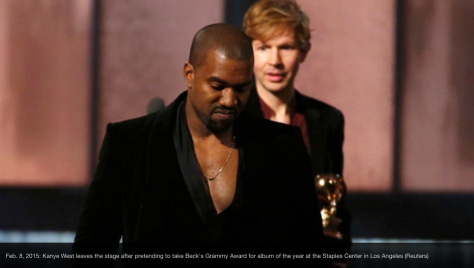 LOS ANGELES, California ( The Adobo Chronicles) – He did it again. Rapper Kanye West reprised his most infamous stunt at Sunday night’s Grammy awards, taking the stage as Beck was accepting the album of the year award. West popped up on stage and moved toward Beck as if he was about to take the trophy from him. Instead, West turned away and quickly jumped down.

Beck beat out both the night’s top winner, Sam Smith, and the category’s expected winner, Beyoncé.

The incident was a repeat of the 2009 MTV Video Music Awards, when West accosted Taylor Swift during her acceptance speech after Swift’s “You Belong With Me” beat Beyoncé’s “Single Ladies” for Female Video of the Year.

“Yo, Taylor, I’m really happy for you, I’ma let you finish,” West said after taking the microphone at Radio City Music Hall, “but Beyoncé had one of the best videos of all time!… 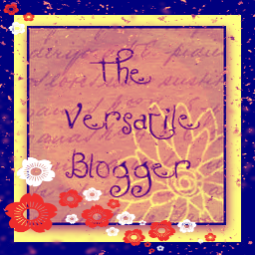 PostSecret
Diary of a Mad Crafter
Runaway Nuns and Leprechauns
With Love, Jordan

A Texas girl and her thoughts.

Observations and random thoughts from a "not so teenager."

We Tell the Truth about Beauty Products